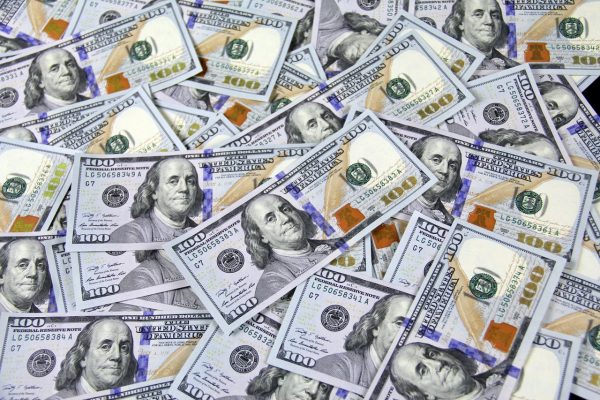 Despite an incessant pandemic and rising inflation fears, U.S. households in general saw their net worth climb to an all- time-high in 2021 thanks to a hot stock market and soaring home prices. After an unimpressive Q3, U.S. stocks turned around with a strong fourth quarter gain of 9.14%. That helped the Dow Jones U.S. Total Stock Market Index finish the year with an impressive 25.66%. International stocks saw a much milder return of 7.98% and bonds finished the year losing 1.54%.

Increased net worth and wages were overshadowed by rising inflation, which ticked up higher in December on a year-over-year basis. The headline Consumer Price Index (CPI) went to 7% annually while core CPI (without volatile food and energy costs) was 5.5%. Although we see higher prices all across the board, a few components had significantly higher impact on the total 7% increase. Energy prices have seen dramatic increases in both gasoline and natural gas since hitting their lows in 2020. That, along with a nearly 40% jump in used automobile prices, takes a toll on households that are back to commuting for work and driving for recreation.

Inflationary psychology is an interesting concept when consumers purchase more products sooner than they would otherwise in belief that prices are rising (or there will be a shortage). This can create a self-fulfilling prophecy, turning a temporary period of higher prices into a larger, longer-term inflationary problem. Although we’d like to consider ourselves to be level-headed, we don’t want to find ourselves in a position like early in the COVID-19 pandemic when there were shortages of toilet paper and hand sanitizer. The University of Michigan Consumer Sentiment Index might be an indicator that we won’t see inflationary psychology run wild. The index, which surveys how consumers view the economy and their own financial situation, dropped to its lowest level in ten years. Lower income American households typically don’t own stock investments or homes, and inflationary pressure affects them more than middle and upper class families. This may mean consumers won’t be overbuying goods, but rather they’re delaying purchases instead.

Interest Rate Hikes: What to Expect

The Federal Reserve has signaled that they’ll be raising interest rates in 2022, after dropping them to near 0% in early 2020. What’s uncertain is how soon they’ll start and how aggressive they’ll raise short-term interest rates. The general consensus is there will be three rate increases that bring the target to 0.90% by the end of 2022, with some analysts predicting more than three. The central bank is put in a tough predicament of needing to use their primary tool to battle inflation while not dampening the economy with higher rates. In 2018, when The Fed raised rates four times, the bond market was flat and U.S. stocks lost 5.3%. There are critics who say The Fed has been accommodative for too long, letting inflation surge to current levels.

Other than fighting inflation, raising interest rates back to “normal” levels is an important step to get the U.S. ready to tackle future a future crisis. This normalization of rates makes lower-risk asset classes like money markets and other short-term vehicles more viable investments, which may draw some money away from risk assets, some of which are sensitive to higher interest rates. Investors have been pouring money into risk assets for the last three years; the Dow Jones U.S. Stock Market Index has nearly doubled during that timeframe.

The stock market is having a rough start to the new year, with the major equity indices in correction territory after three weeks of trading. Aside from rising inflation and a continuing pandemic, the United States’ foreign relations with China and Russia are strained. Equity prices continued to hit all-time-highs in 2021 with overextended valuations, so it was only a matter of time before these headline risks spooked investors. A strong 49% rebound in corporate earnings during 2021 fueled the rise in equity prices, after a tumultuous 2020. We don’t expect those same numbers in 2022 because it’s no longer about rebounding after the initial shock of COVID-19 shutdowns, but we should still see high single-digit earnings growth. If we see a strong Q4 earnings season in late January through February, investors may be lured back into heavily discounted stocks. The market also tends to already build in events that have not occurred, but are expected to, like the three to four rate hikes for the year.