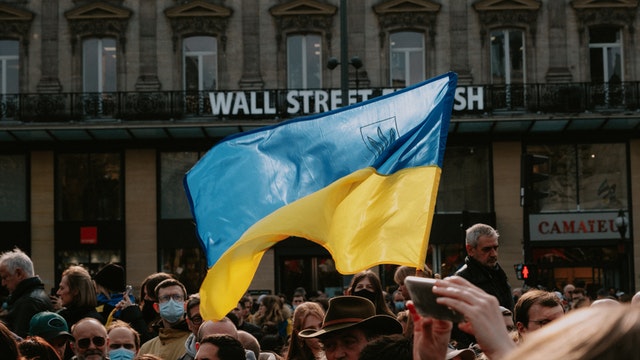 Nearly all asset prices stumbled in the first quarter of 2022 as investors contend with several major headwinds. Although COVID now seems to have little effect on the U.S. economy, it is having a larger impact on China’s population as the country imposes lockdowns of major cities. China’s zero tolerance approach to battling COVID-19 may have some consequences to supply chains which were just beginning to ease. Russia’s war in Ukraine continues on with no end in sight. The longer the conflict continues, the more we’ll see it negatively affect corporate profits and higher food costs. Lastly, concerns of a more hawkish Federal Reserve weighed on the equity and bond markets for the first quarter of 2022 and intensified further in April.

The stock market is not the economy. This commonly used phrase describes the disconnect between equity prices and economic indicators. In 2020 when the economy was in freefall due to COVID-19, the Dow Jones Total Stock Market index returned nearly 21%. And now in 2022, the economy looks much stronger yet we find the stock market in correction territory as of late April. Stock investors are looking out further in the future, rather than at current indicators. With several headline risks dominating the news, investors are shedding risky assets until they get some resolution to the current issues or more insight in how aggressive the Fed will act. Equity price valuation peaked in 2021 with the S&P 500’s forward price/earning ratio being over 22x. By the end of the first quarter of 2022 on March 31st, that ratio came back down to 19.46x which is higher than the 25-year average of 16.83x, but less than +1 standard deviation. In simple terms, the stock market got a little cheaper in the near-term, but is still more expensive than the long-term average. But now it’s within a more reasonable expected range of how expensive or cheap it should be. Stocks have continued to slide in April so we may see valuations continue to go lower when Q2 numbers are released unless S&P 500 earnings outperform and/or there’s a rally in May and June.

What’s hot? The U.S. unemployment rate sits at an astoundingly low 3.6% as of March 2022, back to its pre-COVID levels. Private sector wages grew by 5% in the first quarter of 2022 compared to the prior year, the highest in decades. Although wage growth is a positive for workers, it’s not beneficial to businesses that end up passing on higher prices to consumers.

What’s not? 8.5% inflation is outpacing wage growth, essentially neutralizing any increases that workers see in their paychecks. Inflation should abate with improvements in the supply chain, restocked inventories, and higher interest rates but uncertainty lies in the impact of China’s shutdowns and commodity price volatility in Eastern Europe. Those new factors may further complicate the rising inflation situation that was we’re already trying to address.

The risk of a recession currently is low, but that can be a moving target as new data comes out. Economists and analysts have varying opinion, with Goldman Sachs saying a recession is “not inevitable” but Deutsche Bank forecasting a U.S. recession by late 2023. Deutsche Bank doubts the Fed will be able to navigate a soft landing, but believe it will a “mild recession.” Going back to my previous statement that the economy is not the stock market, we may see equity markets not react that negatively if a recession does occur if those expectations are already priced in. Although there are still strong economic indicators, the most recent GDP numbers showed a 1.4% annualized decline in real gross domestic product in the first quarter of 2022. Digging into the numbers though, we find that declines in fixed investment, defense spending, and trade imbalance weighed heavily on the GDP decline. The silver lining is that consumer spending, which accounts for two-thirds of the economy, did fairly well in the quarter, up 2.7%. Sustaining the GDP growth we saw in 2021 will require improving the clogged supply chain, finding a resolution in Ukraine, and the Fed executing their game plan smoothly .