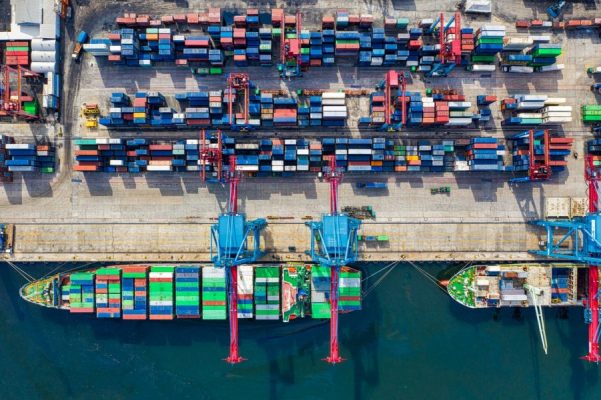 Investors were faced with several headwinds in the third quarter, leaving most asset prices little changed or slightly down. There were the same persistent issues like inflation and supply-chain constraints, but some new ones also began to appear. Congress played a risky game of holding out on raising the debt ceiling, ultimately agreeing on a deal that allows the government to continue functioning until early December. Thousands of miles away, Evergrande Group, a Chinese property developer, has been close to defaulting on debt payments and created fears of a collapse reminiscent of the 2008 financial crisis.

U.S. stocks continue to lead the way while international equities slipped in the third quarter. U.S. government and investment grade bond prices have climbed back from their lows earlier in the year, but remain negative for year-to-date. Fixed income investors may be looking to divert money to other asset classes as the Fed expects to raise rates at the end of 2022, which has a negative impact on bond prices. In a response to the volatility that the pandemic created, the Fed started their asset purchasing program in 2021, referred to as quantitative easing. With the Fed’s balance sheet ballooning to more than $8.5 trillion, it has been indicated by Fed Chair Jerome Powell that they will begin to slow down their purchases shortly in a process that is dubbed “tapering.” If the terms quantitative easing and tapering sound familiar, it’s the same processes the Federal Reserve implemented during and after the 2008 financial crisis.

August’s year-over-year inflation rate was 5.2%, down slightly from the previous month, but still higher than the 50 year average of 3.9%. Core CPI, which excludes more volatile prices of food and gas, was 4%. We are not likely to see inflation similar to the late 1970’s when it hovered well over 10%, but even current levels have real world impact on our purchasing power. With the 10-year Treasury yield at 1.5% as of the end of Q3 and a CPI of 5.2%, fixed income investors have a real return of -3.5%. Fed Chairman Jerome Powell continues to call this rise of inflation transitory, which it may very well be. But consumers are wondering when it will subside. On a positive note, Social Security recipients will see the largest cost-of-living adjustment (COLA) in nearly 40 years starting in 2022. Payments will see a 5.9% increase, the highest since 1982 when it went up 7.4%. But before you go celebrating that extra money, critics say the increase won’t go very far, given that Social Security COLAs have been very minimal since 2010. In the past twelve years, there have been three years with no increases and one year with less than a 1% adjustment.

September lived up to its reputation for being the worst performing month for the stock market. Ironically enough, the three months following September have historically seen the best performance. The rise in new COVID cases brought on by the delta variant came on strong during the summer months, but have waned with higher vaccination rates and natural immunity. Immunizations for children five to eleven years old are imminent as the advisory board to the Food and Drug Administration (FDA) has recommended an emergency use authorization for the Pfizer vaccine. This news is timely as it could mean many children could be fully vaccinated in time for the year-end holidays.

Despite supply-chain disruptions, 2021’s holiday sales figures are expected to between 8.5% to 10.5% between November and December. President Biden’s Build Back Better Act is making its way through Congress and a deal may be imminent. Although the spending measures may be a boon to infrastructure industries and benefit modest-income families, it comes with a hefty price tag that needs to paid by increased taxes. The President has made it known he doesn’t intend to raise taxes for the majority of American families and focuses the tax hikes on the wealthy and corporations. Investors may rejoice and lift stocks higher just because it’s one less uncertainty to digest as we head into the new year.