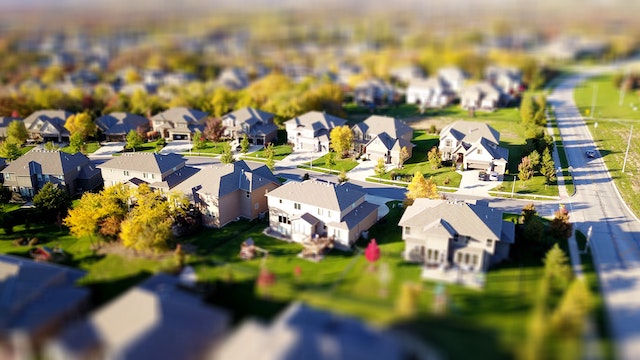 Inflation continued to be the persistent concern that drove nearly all asset prices lower in the third quarter of 2022. Broad U.S. and international stocks tried to pull together a rally in July and August, but lost all those gains and then some in a volatile September. Domestic fixed income prices fell as yields climbed to levels we haven’t seen in more than a decade, as the Federal Reserve raised rates a total of 150 basis points in the third quarter. The increase in short-term rates along with the Fed’s quantitative tightening contributed to 30-year fixed rate mortgages reaching 6.7% in Q3, cooling down the housing market after two years of stratospheric growth.

With inflation in the spotlight for the past year and likely in the near future, it’s important to understand some of the key metrics and terminology for this topic. In economics, inflation is the persistent, substantial rise in prices when there’s an increase in the volume of money, resulting in the loss of purchasing power. In simple terms, your money doesn’t buy as much as it used to buy.

Economists use several different measurements to gauge the rise of inflation, but the most widely followed is the Bureau of Labor Statistics’ Consumer Price Index or CPI. This index is comprised of a basket of goods that a typical urban consumer might spend their money on such as housing, food, and energy. Another version of this index is Core CPI, which excludes food and energy due to their volatile price swings. The Bureau of Labor Statistics (BLS) assigns a weighting for each expense and tracks their monthly price changes via an index value. The CPI index value in September 2022 was 296.761 compared to 274.214 in September 2021, which equates to an 8.2% year-over-year increase. This is the inflation number you often hear quoted in the headlines. Another way to track inflation is looking at the amount of change from the previous month, which tells us how much it’s accelerating or decelerating. This September’s CPI number increased 0.39% from the prior month, well below the monthly changes we saw in the first two quarters of 2022.

In the second chart below, we see that year-over-year inflation peaked in June and has been declining for three consecutive months. Although prices are still high and continue to increase month-over-month, this chart is a sign that the pace of inflation growth is decelerating. If we extrapolate this slow-down and assume inflation continues to only increase 0.39% each month from here on out, we would see the CPI year-over-year number at under 5% in September 2023. It’s important to understand this doesn’t bring the cost of goods and services down to pre-COVID levels, but it does allows wages to catch up to these new higher prices. The Social Security Administration recently announced their cost-of-living adjustment for Social Security benefit recipients will be 8.7% starting in January 2023.

The combination of sky-high demand for housing and all-time low mortgage rates led to soaring home prices over the past two years. That demand for home buying has waned as 30-year fixed rate mortgages crossed above 7% as of October 2022, making it difficult to justify paying those elevated prices. This may lead some home owners to worry if this was another housing bubble that will eventually suffer the same fate after the 2008 financial crisis.

Two data points to consider when comparing 2008 to 2022 are the inventory of homes for sale and the credit score of buyers. The first chart below shows that there were about 1.5 million homes for sale this August, well below the forty year average of almost 2.4 million and the nearly 4 million in 2007. After the housing glut and the subsequent crash, home builders were tentative to build more homes which accounted for a large shortfall. So when a pandemic fuels the desire for Americans to purchase a single family home, prices sky rocket as the demand outweighs the supply. And when you have the Federal Reserve making money cheap to borrow, buyers were able to pay significantly above asking prices because the payments were affordable.

So even with higher mortgage rates, we’re more likely to see a housing correction rather than a crash. After the Great Recession of 2008, lender requirements became more stringent preventing unqualified buyers from purchasing homes. As of the second quarter of 2022, the average home buyer’s credit score was 773, above the long-term average of 749. During the housing bubble, loose lending requirements attributed to the average buyer’s score being under 720 and the sub-prime borrowers being even lower than that. The landscape of mortgages is also quite different. Between 2005 to 2006, more than a third of home mortgages were adjustable rate loans, many of which had ballooning payments as interest rates rose. Fast forward to today and the percentage of mortgages that are variable is less than 5%. And many homeowners took advantage of historically low mortgage rates by refinancing, essentially locking them into their current homes.

The market still faces quite a few headwinds and investors are looking for a catalyst before they start buying aggressively again. I believe the inflation number has to continue trending down at a faster pace before the Fed can be less hawkish. Some investors may be waiting to see the results of the U.S. mid-term election before they feel comfortable with buying equities again. In the fixed income market, prices may continue to see downward pressure if the Fed continues to be as aggressive with their rate hikes, although the current U.S. Treasury yields being above 4% has started to attract buyers. Recession fears were a major sticking point for most of the year, but that could ease as third quarter gross domestic product numbers showed a 2.6% growth, compared to contraction for the first two quarters of 2022. Internationally, the Ukraine-Russia conflict, China’s saber-rattling , and now the U.K.’s leadership crisis are variables that could lead to continued volatility if there are no resolutions to be found.

Investors with longer time horizons should use this opportunity to continue to invest on a regular basis. It’s easy to reflect back in hindsight at past opportunities and think what we might have done in those situations. But it’s quite different being in the moment, wanting to invest yet knowing there are still uncertainties. Dollar cost averaging into the market is still the best solution to invest in the face of volatility. For older investors on fixed incomes or those who rely on their portfolio for supplemental income, it’s important to review all your incomes sources and expenses. Annual reviews are also an opportunity to revisit your risk tolerance and asset allocation.